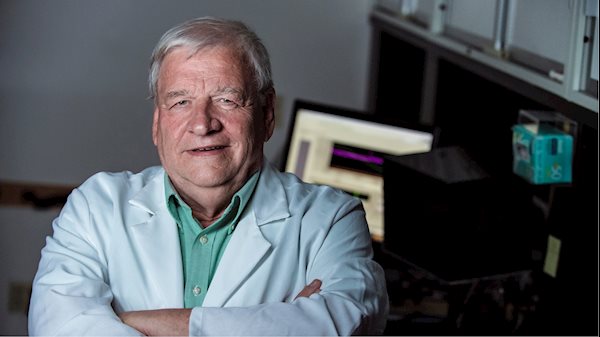 Black lung disease didn’t go away with pickaxes and carbide lamps. Today’s coal miners may use diesel-powered equipment to break through rock and light their way with LED bulbs, but they still get black lung, an irreversible and potentially fatal condition. In fact, black lung has been on the rise among coal miners since 2000.

In a report published by the National Academies of Sciences, Engineering and Medicine, West Virginia University researcher Michael McCawley and his colleagues pinpoint shortcomings in how miners’ exposure to respirable coal-mine dust is monitored. Inhaling this dust over time leads to black lung disease.

McCawley served on the National Academies’ committee behind the report.

“The first thing we pointed out to regulators was, ‘OK, you say nobody’s being overexposed, but the way you’re measuring it assumes something about the person you’re sampling that may not necessarily be the case. So, prove it.’ This is science after all,” said McCawley, a clinical associate professor in the Department of Occupational and Environmental Health Sciences within WVU’s School of Public Health.

Current regulations dictate that the miner in a crew who will encounter the most dust underground must wear a dust-monitoring device.

“Rather than sample everybody in the mine, you go to the highest one and say, ‘If they’re in control, then everybody else should be in control,’” McCawley said.

The device, called a continuous personal dust monitor, or CPDM, gives users near-real-time information about how much dust they’re breathing in. If the device indicates a hazardous level, a miner can move away from the dust source.

That’s prudent, but it skews the data. The amount of dust may stay high in that space even after the worker has left and other miners—who aren’t monitored—enter it. As a result, the exposure of those miners goes unmeasured.

Why not just outfit every miner with a monitor? First, the equipment is bulky. It hangs from a shoulder strap and weighs “about as much as a light briefcase,” McCawley said.

The monitors can make it hard to balance on a mine’s shifting, pebbly floor. Second, they cost a lot: $15,000 each. If scientists and engineers could develop a lighter, more affordable version, more crew members might be able to wear it, and the pool of monitoring data could deepen.

Monitors to fix in place, not to wear

Stationary monitoring devices installed at fixed locations throughout the mine could supplement these wearable monitors. Using stationary devices would give a more complete picture of where dust comes from. It might also inform changes that make the mining process safer. For instance, if dust levels are consistently high where the teeth of a continuous miner are chewing through a coal seam, workers may spray more water there to suppress the dust.

“Really, the regulations require that you provide a safe atmosphere for miners—not just a safe exposure. So, the atmosphere itself has to meet the standards,” McCawley said.

Another drawback of current monitoring practices is that miners only have to wear the monitors as coal is being extracted. They don’t wear the devices while tunneling through rock to reach the coal. However, that’s when their exposure to the mineral silica can peak. As a consequence, it’s unclear how much coal mine dust they really take in.

Inhaling silica, a component of coal mine dust, can cause silicosis, a lung disease that makes breathing difficult and increases the risk of tuberculosis, chronic bronchitis and lung cancer. As McCawley explained, silicosis “scars your lungs and stops them from working.”

“Fifteen, twenty years ago, the continuous miners weren’t powerful enough to cut into rock, which can be high in silica. The machine would burn out. But there were increases in the power of the equipment and now they can and do cut through parts of the mine that are only rock,” he said.

The rock can contain a lot more silica than the material in the actual coal seam, and the miners can be exposed to more silica than when cutting coal. This increase seems to correlate with an uptick in silicosis cases, as well as a greater occurrence of progressive massive fibrosis, an aggressive form of black lung disease that is similar to silicosis.

The committee identified these gaps in monitoring data at the request of congress, which instructed the National Institute for Occupational Safety and Health to study the matter. NIOSH, in turn, convened the committee.

“Our feeling behind this was, ‘We’ve been working on this for 50 years,’” McCawley said, “‘and damn it, it’s time we got this right.’”